Safety is a paramount concern to many consumers shopping for a vehicle. In an effort to provide the public with educational information regarding accurate safety ratings for vehicles currently on the market, the Insurance Institute for Highway Safety (IIHS) publishes an annual list of IIHS crash test results for that year’s newest models. 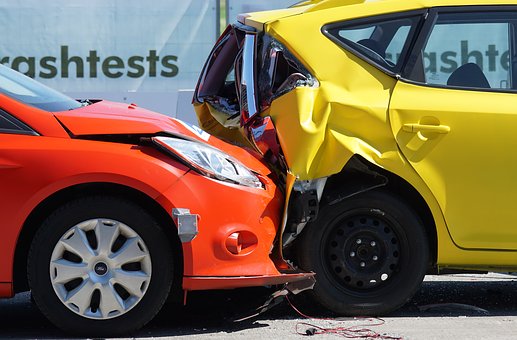 The IIHS has traditionally provided the public with reliable information about automobile safety ratings in the form of two lists: the Top Safety Pick list and the Top Safety Pick+ list. The lists are broken into categories of small, mid-sized and large cars, SUVs of varying sizes, minivans and luxury vehicles.

Vehicles are tested in multiple areas to earn their place on either of the two lists. These tests include the small and moderate overlap front tests, which gauge a vehicle’s ability to withstand an impact and analyze the potential consequences for passengers in the vehicle in the event of a crash. In addition, the IIHS administers the roof strength test, head restraint test and overlap side test to each vehicle.

New Criteria for Placement on the IIHS Safety Lists

Additional requirements implemented in 2014 include the evaluation of front crash prevention and a required good or acceptable score to earn a position on the Top Safety Pick+ list. Front crash prevention systems include automatic braking systems as well as warning devices, both intended to help prevent inattentive drivers from colliding with slow-moving or stopped vehicles or other objects in front of them.

Data collected by IIHS affiliate, the Highway Loss Data Institute, indicated that front crash prevention systems are a contributor to a recent reduction in traffic accidents, spurring the onset of additional testing programs that began early in 2013. The front crash prevention rating program awards a rating of “basic” to all vehicles that only have a warning system. Autobrake equipment that performs well on the IIHS track tests wins the vehicle additional points and may earn an advanced or superior rating.

An overall rating of basic in crash prevention systems will win a vehicle a spot on the Top Safety Pick+ list if the vehicle meets the additionally required criteria. Other criteria required for the Top Safety Pick+ list includes a good rating on the moderate overlap front test, roof strength test, head restraint test and overlap side test and an acceptable or good rating on the IIHS small overlap front crash test.

If You're Involved in an Accident, Call Walker, Billingsley & Bair

Even if you’ve done all the right research and purchased the safest vehicle on the market, you may still be injured in an auto accident. If you’re dealing with overwhelming claims details, medical bills, lost wages and/or pain and suffering as a result of an auto accident in Des Moines, Walker, Billingsley & Bair can help you. Contact us online or call us today at (888) 435-9886 to set up a free consultation to discuss your case with an attorney.